GENEVA (10 August 2022) – UN human rights experts* today denounced a decision by Belarus to withdraw from an international agreement that implements the human right to a clean, healthy and sustainable environment.

On 18 July, President Aleksandr Lukashenko signed a decree withdrawing Belarus from the UNECE Convention on Access to Information, Public Participation in Decision-making and Access to Justice in Environmental Matters (Aarhus Convention) of 1998.

The Aarhus Convention articulates the procedural dimensions of the right to a healthy environment, including “access rights” to information, participation and justice. The Convention also requires that people exercising these rights are not persecuted, penalised or harassed for doing so. The United Nations Human Rights Council and General Assembly have recently recognised the right to a clean, healthy and sustainable environment and underscored its importance for the enjoyment of other human rights.

The UN experts observed that in two decades of activity, the Aarhus Convention has had considerable success in strengthening access rights, sustainable development and environmental democracy.

According to the experts, the Convention has been a leading example among international instruments on implementing human rights obligations relating to environmental protection, and specifically the rights to information, public participation and justice.

“Key to the Aarhus Convention’s success has been the work of its Compliance Committee, including the ability of members of the public to bring cases of alleged non-compliance with the Convention before the Committee” the experts said.

The Compliance Committee is a non-confrontational, non-judicial and consultative mechanism, whose findings have considerably furthered the implementation of the international agreement, they said.

Since 2014, the Aarhus Compliance Committee has closely scrutinised the conduct of Belarus in respect of persecution, penalisation and harassment of environmental human rights defenders and worked to assist the State to address its non-compliance. Despite this, in 2021 the Committee found that Belarus had not yet addressed its recommendations and expressed grave concern that the situation for environmental human rights defenders was rapidly deteriorating in the country.

Shortly thereafter, the Compliance Committee found that the liquidation of an environmental NGO in August 2021 by Belarus was a further incident of persecution, penalisation and harassment of persons exercising their rights under the Convention. Given the gravity of Belarus’ conduct, in 2021, the Meeting of the Parties of the Aarhus Convention decided to suspend the special rights and privileges accorded to Belarus under the Convention.

“A country dissatisfied with the outcome of cases decided by the Compliance Committee, rather than withdraw from the Convention, should strengthen its commitment to human rights, sustainable development and environmental democracy,” the experts said.

“Countries should take concrete measures to secure effective enjoyment of the rights to information, public participation and justice, and this includes securing a safe and enabling environment for environmental human rights defenders and all other representatives of civil society.”

“Protecting environmental human rights defenders from violations committed by both State and non-state actors is crucial to the protection of the environment and the human rights that depend on it,” they said.

Belarus’ withdrawal is scheduled to take effect on 24 October 2022, in accordance with article 21 of the Aarhus Convention. 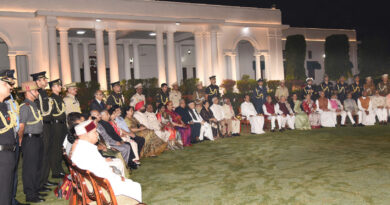 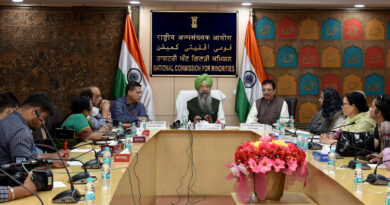 CBI Conducts Searches at Nine Locations Including at Srinagar, Jammu in An On-Going Investigation of a Case