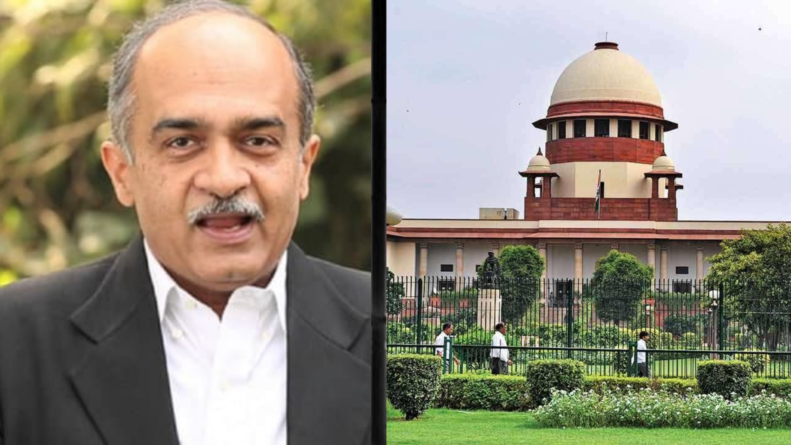 The contempt case against Prashant Bhushan has come to an end after the Supreme Court imposed Re.1 fine over two of his tweets criticizing the judiciary.

The order was pronounced in morning by a Bench of Justices Arun Mishra, BR Gavai and Aniruddha Bose. The Court, however, has reiterated that Bhushan’s tweets fails the twin test of being in public interest or bona fide in order for the defence of truth to be invoked.

The Bench also expressed its disapproval over the statements made by Bhushan in his reply affidavits, adding that it agrees with submissions made by Attorney General KK Venugopal that this defence by Bhushan should be taken of the record.

We have not coerced the contemnor to submit the apology and have clearly mentioned that time was given to submit unconditional apology, “if he so desires”.   It was his decision to submit it or not. 76 However, he has chosen to submit a supplementary statement.   Thus, the submission raised by Dr. Dhavan, learned senior counsel, as to coercion is without substance.   The desire of learned Attorney General that he/contemnor should withdraw the allegation and express regret has also gone unheeded”

The Court while referring to the press conference held by four seniors most judges in January 2018, on which Bhushan had relied on in defending his tweets, the Court expressed hope that such an episode would not repeat in the future. In this regard, the Judgement reads

“We hope it was thefirst and the last occasion that the Judges have gone to press, and Godgives wisdom to protect its dignity by internal mechanism, particularly, whenallegations   made,if   any,publicly   cannot   be   met   by   suffererJudges.  It would cause suffering to them till eternity.  Truth can be thedefence to the Judges also, but they are bound by their judicial norms, ethics, and code of conduct”

The nobility of the legal profession requires an advocate to remember that he is not over attached to any case as advocate does not win or lose case, real recipient is of justice is behind the curtain. The Court has further said that “ The contempt jurisdiction is not only to protect the reputation of the judge concerned so that he can administer justice fearlessly and fairly, but also to protect

“the fair name of the judiciary” the protection in a manner of speaking, extend seven to the registry in the performance of its task and false and unfair allegations which seek to impede the working of the registry and thus the administration of justice made with oblique motives cannot be tolerated.

Contempt of Court is a weapon which has to be used sparingly as more is power same requires more responsibility but it does not mean that court has fear of taking action and its repercussions.

There is a grave danger that if this state of affairs is allowed to continue it would seriously denude the efficacy of the judicial system by detracting from the ability of the court to devote its time and resources to cases which legitimately require attention.

However, the Court went on to assert that the Court cannot be influenced by such opinions, stating,

“ The Court cannot abdicate   its   duty   and   has   to   be   uninfluenced   by   the   statements published   in   various   articles   published   in   the   media   and   opinions expressed   therein.     It   has   to   decide   the   case   uninfluenced   by  such opinions…… While exercising our judicial functions, we cannot take into consideration whether we will be praised or criticized for the judgment which we render.  We are required to decide the cases on the basis of the law as it correctly stands, in our perception and understanding.  We are not expected to decide the matter on the basis as to whether there will be criticism of the judgment or not. We have to be always ready for its fair criticism”

We   have   given   deep   thought   as   to   what   sentence   should   be imposed on the contemnor.  The conduct of the present contemnor also needs to be taken into consideration.  This Court in Tahseen Poonawala (supra) has  observed   that  the   said   matter  was   a  fit  matter  wherein criminal contempt proceedings were required to be initiated. However, the court stopped at doing so observing that it would have been an unequal fight.  The learned Attorney General had also initiated contempt proceedings against the present contemnor, however, on the contemnor submitting regret, the learned Attorney General sought withdrawal of the said proceedings.  However, the said proceedings are still pending.  In the present matter also not on one occasion but on several occasions, we not only   gave   opportunity   but   also   directly   or   indirectly   persuaded

The contemnor to express regret.  Not only that the learned Attorney General had also suggested that it was in the fitness of things that a contemnor expresses regret and withdraws the allegation made in the affidavit in reply, which   request   was   not   heeded   to   by   the   contemnor.     The contemnor   not   only   gave   wide   publicity   to   the   second   statement 81 submitted   before   this   Court   on   24.08.2020   prior to   the   same   being tendered to the Court, but also gave various interviews with regard to sub   judice   matter,  thereby   further   attempting   to   bring   down   the reputation of this Court.  If we do not take cognizance of such conduct it will give a wrong message to the lawyers and litigants throughout the country.   However, by showing magnanimity, instead of imposing any severe puishment, we are sentencing the contemnor with a nominal fine of Re.1/¬ (Rupee one  We, therefore, sentence the contemnor with a fine or Re.1/¬ (Rupee one) to be deposited with the Registry of this Court by 15.09.2020, failing which he shall undergo a simple imprisonment for a period of three months and further be debarred from practising in this Court for a period of three years. 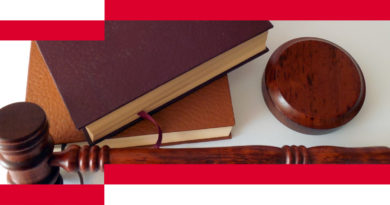