A PIL has been filed in Supreme Court challenging the ordinance promulgated by the UP cabinet on religious conversion and inter-faith marriages stating that it may be misused to falsely implicate people and will lead to chaos and fear.

It is averred that if this ordinance if implemented it will be against the Public Police and this ordinance will harm public at a large and will create a chaotic situation in the society.

The PIL contended that  ordinance passed by the two states in the name of “Love Jihad” which curtails the Fundamental Rights  of the citizen of India which has been provided  in third part of the our Constitution, Petitioner No. 1 is a Practicing Advocate in various Court of Delhi, and New Delhi,  and before this Hon’ble Court, Petitioner No. 2 is also a Practicing Advocate in Delhi and Petitioner No. 3 is Law Researcher pursuing PhD. in law,  from CMP Degree College, Allahabad University, Allahabad and both the petitioner has the Locus to file the present petition as the petitioners are aggrieved of Ordinance passed by the State Government and knocking at the door of this Hon’ble Court and are praying before this Hon’ble Court that the Law passed by the State of Uttar Pradesh and Uttarakhand, (Uk.) in against the Love Jihad and punishments thereof may be declared Ultra Virus and null and Void, because it disturbs the basic Structure of the Constitution as laid down by the Law.

The Ordinance passed by the State of Uttar Pradesh, U.P) and Uttarakhand, (Uk.) is against the Public Policy and society at large.

Implementation of these laws will harm “public at a large and will create a chaotic situation in the society states the plea.

The Uttarakhand Freedom of Religion Act, 2018, against the Love Jihad wherein a law has been passed by the Governments and strict Laws has been enacted.

That the ordinance disturbs the basic structure of the Constitution of India, which was held by this Hon’ble time to time in catena of Judgement, in specially in the matter of “Golaknath v State of Punjab is one of the landmark cases in the Indian legal history.

The petition filed by Advocate Sanjeev Malhotra and drawn by Advocate Pradeep Kumar Yadav states that the foundation fathers wanted the constitution to be an adaptable document rather than rigid framework for governance.”

The petition further states that center has the right to make laws for the states as per the Article 254 of the Constitution of India, if there is inconsistency between laws made by Parliament and laws made by the Legislatures of State, in that case the Law enacted/passed by the center will prevail. The ordinance also states that no person shall convert or attempt to convert either directly or otherwise any other person from one religion to another by use or practice of misrepresentation, force, undue influence, coercion, allurement or by any fraudulent means or by marriage nor shall any person abet, convince or conspire such conversion. It lay down a detailed procedure to be followed before an individual can convert from one religion to another. Violation of the same entail’s criminal liability on the individual who undergoes conversion and individual who converts the person. 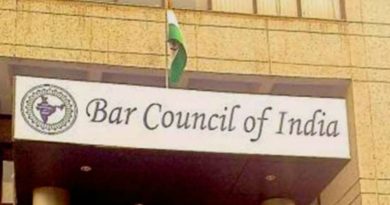 Bar Council of India Issues Guidelines for online and offline Examinations, for all the Centre of Legal Education (CLE) by BCI. 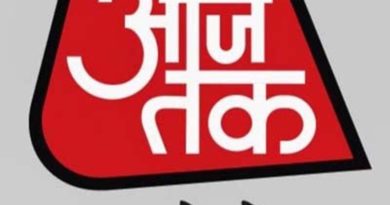 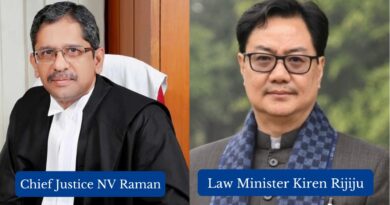 “Reasons of Pendency of Cases is Non-Filling Up of Judicial Vacancies” : CJI N.V.Ramana Retorts To Union Law Minister