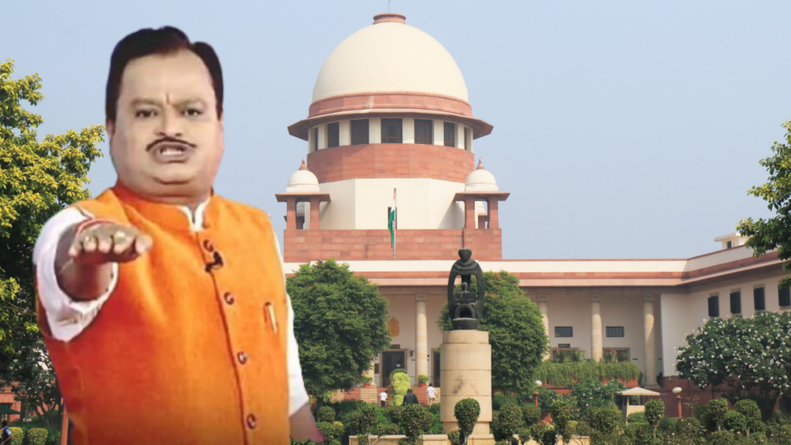 The Ministry of Information and Broadcasting (MIB) on Wednesday told that Sudeshan TV, through four Episodes of its “Bindas Bol” programme on alleged infiltration of Muslims in the bureaucracy, has breached the programme code and it has cautioned the channel of “stircker panel action” in case of future violation.

The MIB has cautioned television channel Sudershan News on its controversial programme, but permitted the news channel to telecast the remainder of the episodes of the programme subject to suitable “modifications and moderations”

In an Affidavit filed in Apex Court, the Ministry of Information and Broadcasting has placed on record the November 4, order passed by it in the proceedings pertaining to the show-cause notice issued to the channel over the Controversial programme.

Initially on August 28, 2020, on the basis of complaints received regarding the proposed telecast of the programme “Bindas Bol”-UPSC Jihad “Scheduled to be telecast by Sudarshan News as a series of episodes starting at 8:00 PM on 28 August 2020, The MIB issued a show cause notice to the Sudarshan TV Channel Ltd. To clarify its stand in the context of the programme Code enshrined Under the Cable Television Network Rules, 1994. The Company gave its written submission on 31, August ,2020in which it was stated that the proposed programme “Bindas Bol” is not violative of law and further that if at all the programme is found to be violative, action as per law may be taken. Taking into account the facts and circumstances of the case and written submissions made by Sudarshan TV Channel Ltd, the Ministry vide is order of even number dated 9th September, 2020 directed the Sudarshan TV Channel Ltd to ensure that the programme.

After taking into consideration the written and oral submissions of Channel and the findings and recommendations of the IMC, the ministry is of the opinion that while freedom of speech and expression is a fundamental right, the tone and tenor of the episodes telecast do indicate that the channel has, through the various utterances and audio-visuals content, breached the breached the programme code. The ministry finds that they are not in good taste, offensive and has a likelihood of promoting communal attitude “the affidavit said.

It further said the ministry has examined the four episodes, including the 13 video clips mentioned in the show-cause notice issued out on September 23 to the Channel.

The aforesaid notice  directing it to give its written submissions  on or before  5:00 PM on 28th September, 2020 as to why Central Government  should not take action for alleged violation  of the programme Code for the episodes telecast  by it in the light of the provisions of sub-section (3) of Section 20 of the Cable Television Networks (Regulation) Act, 1995 and the binding conditions for grant of permission under the  Up linking and Downlinking  Guidelines  of 201 in respect of  Private TV channels.

In response to this notice Sudarshan TV Channel Ltd. Gave its written submission on 28t September, 2020.The main contention of Channel are the following.

(i)      The rules under the CTN Act 1995 cannot be extended and made applicable to a Satellite Channel.

(iii)    The Channel has not violated the Program Code

Over and above the submission, point raised by the Sudarshan TV Channel is that the Code laid down under the Cable Television Network Act, 1994  is not applicable to a news TV Channel  and therefore the reasonable restrictions  guaranteed under Article 19 (1) (a)  which have been laid down under  Rule 6 of the Cable  Television Networks Rules, 1994 would not be applicable to the Channel.

The MIB Further submitted that after examining all the facts and circumstances of the case and balancing the fundamental rights of the broadcaster, hereby “CAUTIONS” Sudarshan Tv Channel Ltd. To be careful in future, it is further directed that if any violation of the Programme Code is found in future, stricter penal action would be taken further the Ministry said that the Channel should review the content of the future episodes  of the programme “Bindas Bol” -UPSC Juhad , and  the audio-visual content should be moderated and nmodified, so as to ensure that  there is  no violation of the Programme Code, particularly the following  :-

•       Offends against good taste or decency

•       Contains attack on religions or communities or visuals or words contemptuous of religious groups or which promote communal attitudes.

•       Is likely to encourage or incite violence or contains anything against maintenance   of Law and order or which promote anti-national attitudes;

•       Criticize, maligns or slanders any individua in person or certain groups, segments of social, pubic and mortal life of the country

•       Contains visuals or words which reflects a slandering, ironical and snobbish attitude in the portrayal of certain, linguistic and relational groups

After Delhi High Court stayed the airing of the show, Ministry of Information and Broadcasting gave a nod to broadcast the same. Based on this, the channel aired four episodes before the Supreme Court intervened and stopped telecast of remaining episodes taking strong objection to the tone and tenor of the programme.

‘4,442 cases against MP/MLAs, in different courts of the Country; Amicus Curiae submits report in SC