A petition has been filed in the Supreme Court challenging the decision of the Ministry of Home Affairs blacklisting foreigners, from 35 countries, presently in India and thereafter arbitrarily directing the Director Generals of Police and Police Commissioners of all States/UTs, to register FIRs against such foreigners, as reflected in the Press Release dated April 2, 2020 published by the Press Information Bureau.

The Petitioner Challenges and says that in arbitrarily and unilaterally blacklisting as many as 960 foreigners of 35 countries present in India and simultaneously ordering the Director Generals of Police of all States/UTs and Police Commissioner, Delhi Police, to register FIRs against such foreigners, as reflected in the Press Release dated 02.04.2020 published by the Press Information Bureau[hereinafter referred to as “impugned decision”]. Subsequently, on 04.06.2020, the Respondent No.1 had further blacklisted over 2500 foreign nationals presently in India for a period of 10 years from travelling to India for their alleged involvement in Tablighi Jamaat activities, however, there is no official press release made available reflecting such decision.

It is submitted that “The impugned decision, by its very unilateral nature, infringes the principle of natural justice, particularly, audi alteram partem by blacklisting the aforementioned foreigners present in India without first granting an opportunity of being heard or notice of any form, and resultantly depriving the aggrieved foreign nationals of their right of locomotion and travelling back to the country of their citizenship”.

Referring to the words of Sir William Blackstone, the great common law authority, who notes the right of locomotion to be included in ‘personel liberty’ in the following words.

“personal liberty consists in the power of locomotion, of

one’s own inclination may direct, without imprisonment or

restraint unless by due process of law”.

It is emphasisied that a decision of an en mass blacklisting without issuing notice and giving a chance to be heared is a balatant violation of not only principles of natural justice, but also right of life under Article 21.

The impugned decision, therefore, has been passed arbitrarily

against the aforementioned aggrieved foreign nationals, being devoid of

any documentary proof or evidence to substantiate the allegations of

alleged Tablighi activities, and in the absence of any opportunity being

afforded to defend or to explain, is an affront to not only the right to life

and personal liberty, guaranteed under Article 21 but also to the rudimental principles of Natural Justice

In barely 50 words, the impugned decision as reflected in the

personal liberty of more than 960 foreign nationals, belonging to 35

countries, presently in India, having entered on valid tourist visas, by

merely alleging their involvement in “Tablighi Jamaat Activities”, despite

the guidelines of the Respondent No.1 placing no bar on attending religious

congregations or visiting religious places. This figure has recently been

The impugned decisions of the Respondent No.1, are based on an

erroneous presumption and have equated the mere act of attending a

In fact, the guidelines of the Respondent No.1 itself make such a differentiation between simplicitor attending a religious congregation or religious place of worship and Tabilghi work.

foreigners by presuming and punishing them by blacklisting and revoke

their visas, it was also directed to the Director Generals of Police of each

State/UT as well as the Commissioner of Police, Delhi Police to further

initiate legal action against “violators” in their respective states, as a result of which, further deprivation of personal liberty has occurred with respect to such foreigners, with their passports impounded by State authorities and refusal by immigration authorities to allow such persons to leave the country and FIRs being registered against them.

As per the news reports, the aforesaid letter to the DGPs and CP, Delhi Police has conclusively decided that such foreigners had violated the conditions of their tourist visas by indulging in Tabligh Activities, without ascertaining whether such persons had merely attended a religious discourse or had been found to be indulging in the prohibited activities of preaching and proselytization. A copy of the news report titled “‘With full weight of law’: MHA orders FIRs

against 960 foreign Jamaat workers, sponsors”, published in the

Hindustan Times on 03.04.2020 has been marked and annexed herewith ascopy of the news report titled “‘With full weight of law’: MHA orders FIRs

against 960 foreign Jamaat workers, sponsors”, published in the

Hindustan Times on 03.04.2020 has been marked and annexed herewith as

The Petition has been filed by Advocates Fuzzail Ahmed Ayubi, Ibad Mustaq and Ashima Mandla

It is prayed that direction

calling for record and thereby declaring the impugned decision of arbitrary and unilateral blacklisting of 960 foreigners by the Respondent No. 1 vide press release dated 02.04.2020 and the subsequent blacklisting of around 2500 foreigners as reported on 04.06.2020 to be in violation of Article 21 and therefore void and unconstitutional as the petitioners have neither been provided any hearing nor notice or intimation in this regard;. directing Respondent No. 1 through Ministry of Home Affairs to remove the said foreigners from the blacklist and reinstate their visas; 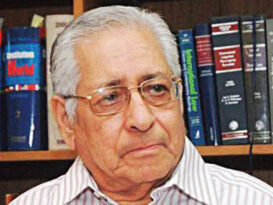 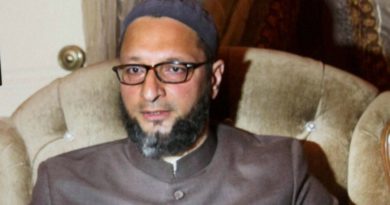