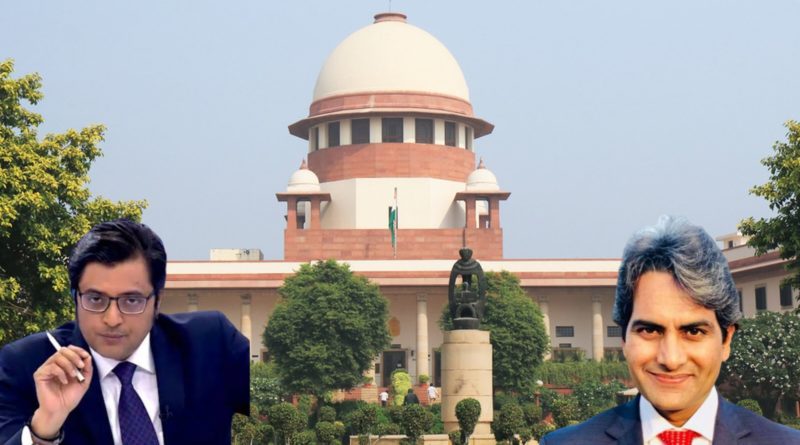 An Advocate has moved a PIL in Supreme Court  seeking directions to preserve and protect the fundamentals rights of the press, electronic and print media guaranteed under Article 19(1)(a) Constitution of India due to which general public becomes aware and able to form opinion about the functioning of the respective Governments and officers working under it.

The petitioner contends that At present some news channels are being targeted who expose the reasons and involvement of anti-social, anti-national persons behind the incident and a number of FIRS are being logged in different States to snub their voice to prevent them from awaking the citizens from such nefarious and dangerous activities of such elements.

the  petitioner further submits that the Two TV Channels have been rendering invaluable services to the nation by raising issues of great public importance, exposing anti-national element and their anti-national activities and sinister design of destabilising the country and thereby to establish their own theories and way of governance, which cannot be countenanced.

These two Channels have contributed extensively in sustenance of good governance, integrity and unity of the nation.

The Respondent Nos.3 and 4 by their reporting, programmes, debates and shows have been able to inculcate sense of patriotism and nationalism in the people and more particularly amongst the young generation of the country and with the result, they are most liked and preferred news channels of the country.

That it is relevant to mention that the Respondent Nos. 3 and 4 during the spread of pandemic and consequent lockdown in the country telecast news on their respective TV channels and exposed Tablighi Jamaat/Maulana Saad responsible for spreading the deadly Covid 19 virus all over the country. Similarly, the Respondent No.3 questioned the Congress President for maintaining complete silence after brutal massacre of the two Hindu saints and their driver at Palghar on 16.4.2020

Because it is indisputable that by freedom of the press/media is meant the right of all citizens to speak, publish or express their views and also right to know. The freedom of the press/media embodies the right of the people to read, view and know. The editor is the living articulate voice of the press/media and even people of the country and he/she speaks through his/her newspaper/news channel and therefore, persecution of journalist, editor of newspapers/news channel on the basis of false and frivolous FIR, tantamount to infringement of fundamental rights of people of the country and that being the case, growing tendency  of the disgruntled element of routinely lodging frivolous FIRs against press/media, needs to be deprecated and discouraged and in fact stopped forthwith.

The plea contends that when Zee News & Republic TV had posed “important” questions and relevant news vis-a-vis the responsibility of Tablighi Jamaat for spreading Coronavirus and silence of Congress President Sonia Gandhi’s silence on the Palghar Mod Lynching,” certain disgruntled elements with a view to silence them” lodged FIRs against them in different states across the Country.

The plea is filed through Advocate Vishnu Shanker Jain 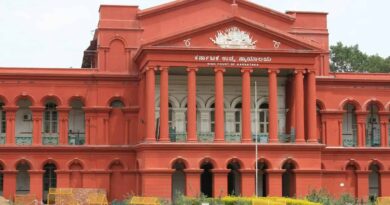 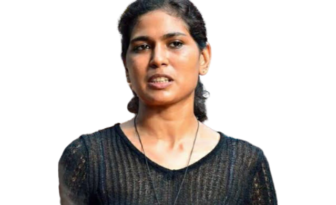 Children need to be given sex education, painting on body under any circumstances would not constitute an offence; Rehana Fatima an activist moves Kerala HC for anticipatory bail