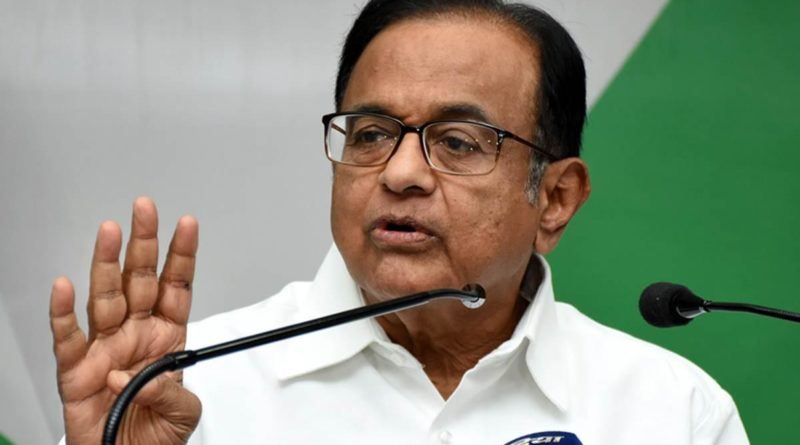 The Central Bureau of Investigation (CBI) had registered a case against Mr. P. Chidambaram in alleged irregularities in the Foreign Investment Promotion Board clearance provided to INX Media for receiving overseas funds to the tune of Rs.350 Crores in 2007 when he was the Union Finance Minister. In 2018 the Enforcement Directorate lodged a money laundering case in this regard.

The Delhi High Court denied the anticipatory bail , saying he seems to be the “kingpin” and key “Conspirator” in the case and needs to be interrogated in custody for the investigation to be effective.

Yesterday a six-member team of Central Bureau of Investigation (CBI) officers left Chidambaram’s Jorbagh residence in New Delhi on Tuesday, shortly after reaching there in the evening. But the former Finance Minister was not found at his residence.

After the former finance minister remained evasive, the CBI, late on Tuesday, pasted a notice at his house directing him to appear before the agency within two hours of receiving the said intimation. The notice signed by the Deputy Superintendent of Police R. Parthasarthy, reads, “where as it appears that you are acquainted with the facts and circumstances of the case noted below, which I am investigating under XII of the Code of Criminal Procedure, you are hereby directed to attend before me within two hours of the receipt of this notice for the purpose of investigation of the case.

While dismissing the application for anticipatory bail, Justice Sunil Gaur of Delhi HC had observed that this was a “classic case of money laundering”. Facts of the case prima facie reveal that the petitioner is the king pin or the key conspirator, said the court.

The Court also mentioned that “Simply because the petitioner is a sitting member of parliament. Would not justify grant of pre-arrest bail to petitioner in this sensitive case. Offenders must be exposed, no matter what their status is. Petition is a member of legal fraternity too but this by itself does not and justice concession of pre-arrest bail to him”. Observed Justice Gaur in the Judgment.

The suspense over the impending arrest of the former Finance Minister continues, as Justice NV Ramana sends the file to CJI to hear the urgent mentioning of the congress leader’s bail plea.

In the petition Challenging the Deli HC oreder , Chidambaram has stated the case were politically motivated  with the intention to silence him. The FIR does not mention his name further the cases are registered invoking the provisions incorporated in prevention in Prevention of Corruption Act after 2018 amendment. This amounts to retrospective application of criminal law, which is probhited under Article 20(3) of the Constitution. 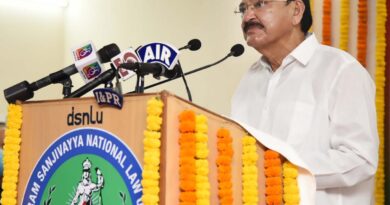 Govt. of India Has so Far Provided More Than 17.35 Crore Vaccine Doses to States/UTS Free of Cost 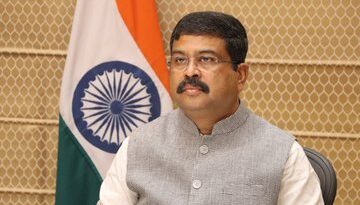