A Plea filed in Supreme Court seeking permission to carry out Moharram procession in a limited manner amid COVID-19 pandemic.

A bench of Chief Justice of India SA Bobde, Justices AS Bopanna & V. Balasubramanian asked the petitioner’s Advocate Wasi Hder to implead 28 states in his petition seeking directions to the Union & State Governments for allowing the Mourning processions take place in a limited capacity only with 5 people participating in the procession.

Petitioner contended that the mourning procession will be strictly in accordance with the SOP issued by Ministry of Home Affairs as well as the Unlock guidance issued by Central Government.

Petitioner is filed by Sibte Mohammad jafri through Advocate Wasi Hyder submitted that this particular mourning processions are being performed every year and that petitioner is only asking for 5 people to be allowed to do so. To this Chief Justice SA Bobde replied “But Covid is not there every year.

Hyder farther submitted that guidelines for Muharram which will be observed from August 20in view of the Covid-19 pandemic by the state of Andhra Pradesh. The Guide lines issued by an order released by the Secretary Minorities Welfare Department, Mohammed Ilyas Rizvi states that”The last days (9th & 10th Muharram)(Shahdat) should be performed by Mujawers, Mutawallis or managing Committees without any public processions”

Last week The Supreme Court had allowed the opening of 3 Jain Temples in Mumbai for prayers to be offered by devotees for Paryushan.

This permission was subject to the undertaking by the Temple trusts that at any given point not more than five persons will be allowed inside the temple and all the requisites social distancing and other safety norms would be followed.

While passing that order, the Bench headed by CJI SA Bobde had clarified that this order should not be treated as a precedent.

While passing that order the court had orally mentioned that” if the model for offering prayers with limited participation by the devotees as proposed by the temple trust could be replicated, then the court would be open to expanding the scope to issue to other religious shrines also.

“If it is a matter of five people at a time in one temple and this format cancan be replicated in all the places, then we are not opposed to expanding this scope of this to beyond Jain temples -why not Hindu temples, why not Muslim shrines? “The Bench had orally remarked. 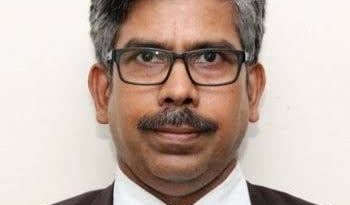