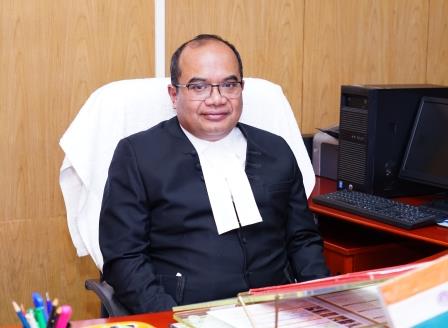 Hamarsan Singh Thangkhiew has been appointed as the Acting Chief Justice of the Meghalaya High Court, as per a notification issued on November 1, 2019.

Born on 24th December 1966 at Shillong in the State of Meghalaya, his Lordship took oath as Judge of the High Court of Meghalaya on 19th November 2018. His Lordship completed his initial schooling and college from St. Edmund’s College, Shillong; and thereafter, after attaining his LLB Degree from Delhi University in 1990, his Lordship was enrolled as an Advocate with the Bar Council of Assam, Nagaland, Meghalaya, Manipur, Tripura, Mizoram and Arunachal Pradesh in 1990-1991.

During his practice at the Bar, his Lordship acted as counsel/standing counsel for Jaintia Hills Autonomous District Council; Syiem of Mylliem and Durbar; Election Commission of India; Election Department, Govt. of Meghalaya; Meghalaya Urban Development Authority and North Eastern Hill University. His Lordship had also acted as special counsel for the State of Meghalaya in cases pertaining to reservation policy of the State Government and had appeared for Meghalaya Police before the National Human Rights Commission and also before the P.C. Phukan Commission of Enquiry and the Rajkhowa Commission of Enquiry. His Lordship was also a member of the Institutional Ethics Committee of NEIGHRHMS and NEHU. 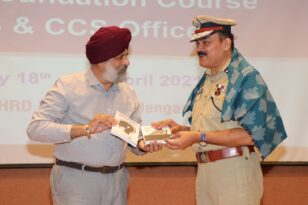