A Plea is filed in Supreme Court stating that the Fundamental of Hindu Community residing in District Mewat Nuh Haryana whose life, personal liberty and religious rights are being continuously eroded by members of Muslim Community who are in dominating position.

The plea avers that Issue appropriate writ order or direction constituting a special investigating team consisting of members from CBI and NIA under the supervision of retired Supreme Court Judge to make investigation into the question of forceful conversion of Hindu residents, forceful and illegal execution of sale deeds of Hindus properties, rape of Hindu women and minor girls, the encroachment made.

The Plea is filed through AOR Vishnu Shankar Jain.

The petitioner further submits that in a recent case—Mahant Ramdas Maharaj, the head of Muktidham Ashram in Punhana, Mewat district of Haryana, was assaulted by a mob of Muslims with an intention of murder.

Hindu organizations in support of Mahanta had told OpIndia that on the morning of Wednesday (April 29, 2020), the perpetrators accused Mahant Ramdas Maharaj of making abusive religious remarks hurting their religious sentiments.

The perpetrators also threatened to chase out other Hindu saints in the region. When Mahant Ramdas Maharaj reached out to the police to file a complaint, his demand was turned down by the police officials. When Opindia tried to seek a response from the police, Punhana police station SHO asked it to speak to the headquarters for any information in this regard. He said he did not know about any such incident

That on 31st May 2020, a committee comprising of four members namely (i) Shri Pawan Kumar a retired District Judge, (ii) Shri Devdutt Sharma, President Bar Association Sohna, (iii) Sultan Balmiki Chairman Balmiki Maha Panchayat Haryana (iv) Shri Kanaihiya Lal Arya, Vice President Arya Pratinidhi Sabha Haryana has submitted a report to the Government of Haryana after examining a number of victims describing the atrocities being committed by Muslims on the members of Hindu society particularly to Dalits and downtrodden members of Hindu community. “that the life of Dalit community in Mewat-Nuh today has become thorny and unbearable. Their religion, their real-estates and wealth, dignity of their womenfolk and nothing else are safe today. Even after 73 years of Independence, they have not been truly independent…”

Whether the State Government and all the officers working under it are under constitutional obligation to maintain public order taking the recourse of law?

Whether in the present case the respondents have failed to prevent forceful conversion of Hindus due to which there have been demographic changes in the District Mewat – Nuh posing threat to the integrity of India?

Whether the Hindus have lost their properties due to the threat exhorted by Muslims and such sale deeds are null and void?

The petitioner further states that Because the District administration and local police have failed to take action on the complaints lodged by victims of Mewat and they have been the silent spectator to all the misdeeds and anti-national activities of Muslims which is contrary to law and established principles of justice.

Because the District administration and local police have failed to discharge their legal duty cast upon them by law and it is a case of slackness in performing duty by the officers of the State which is detrimental to public order affecting the Integrity of India.

It is therefore prayed that Issue order or direction constituting a special investigating team consisting of members from CBI and NIA under the supervision of retired Supreme Court Judge to make investigation into the question of forceful conversion of Hindu residents, forceful and illegal execution of sale deeds of Hindus properties, rape of Hindu women and minor girls, the encroachment made 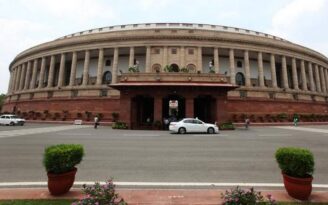 ‘The Matter Is Quite Serious And Affects The Administration At Large’ Apex Court In Parambir Singh’s Plea Asks Him To Approach Bombay High Court Under Article 226.